Getting into DB console.

Creating a database and granting a user complete access.

You can select a DB.

After selecting a DB you can go ahead and execute SQL commands.

Ctrl-D should exit from both.

Today I spent about 4 hours after church sanding and putting on the second layer of paint. This time, I took time to sand using 400 grit, having learned from putting on the first layer. What I’ve learned is that paint don’t really stick well without enough sanding, especially on vertical pieces like the doors. Even with a good scratches from sanding it can be little frustrating, but it may have something to do with the amount of thinner I’ve added to the paint. Mine was nearly 40 thinner/60 paint, which really isn’t according to many recommendations I had read, including the one on the paint can itself, which recommends little or none.  Anyway, first two layers are supposed to be somewhat thin anyway, in order to speed the drying, and the last coat is supposed to be thicker.  I normally don’t praise the my own work, but after putting on the second coat I had impressed myself. It started to look like a decent paint job!  I’m now a firm believer in using Rust-Oleum. 😉  Of course, having done the work myself, I know all of the little inadequacies and places where there are too much paint or too little, but overall, it’s quite satisfying, albeit back-breaking. This ran into late evening hours, and I won’t get into details of little pesky bugs sticking on the paint and so on.  Just use your common sense if you’re following a similar procedure. 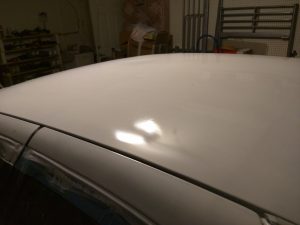 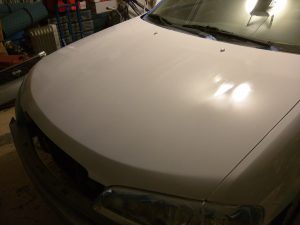 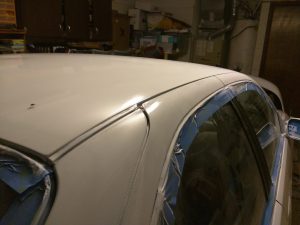 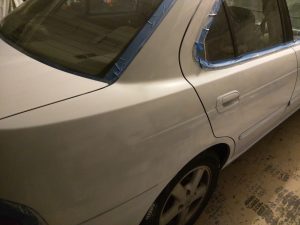 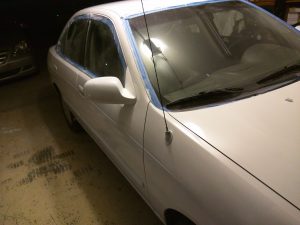 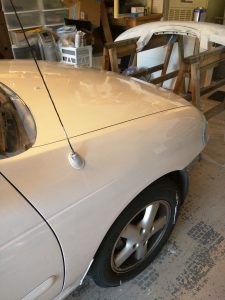 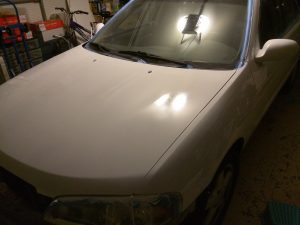 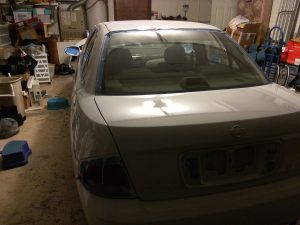 For a better comparison I should have taken some photos before the job, but I was merely thinking of blogging this as a type of record or a log.  Anyway, I had to rummage through my old photos to find this one (a stitched-up panoramic version) I had taken at Taos several years back.  You can see how the paint was coming off.