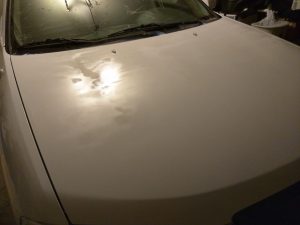 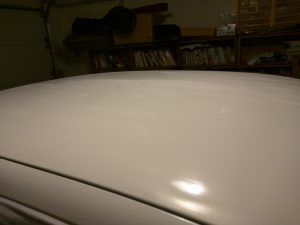 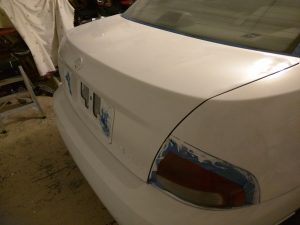 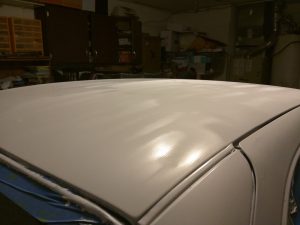 I don’t know where I had the energy, but I came home after 2 hours of kendo (tonight’s keiko intensity was similar to an hour of aerobic exercises) then I quickly jumped into my old jeans and then brought the car out of the garage to start sanding. It was already dark (8:30 pm?), so I had to put my head-mounted light on.  The scratches on the car was surprisingly easier to see with the flashlight. I managed to sand down the entire car.  Instead of a good clean wash with water, I just wiped down the car with a good dose of mineral spirit with rags.  It’s good enough.  It felt like two hours had passed by, but when I checked the time, it was more like an hour and a half.  I stopped only because I felt physically exhausted and hungry.  I don’t remember what I had for dinner, but the pang in the stomach was starting to creep into my focus.  I just started taping the edges and then brought the car in.  The air was cool and nice tonight. 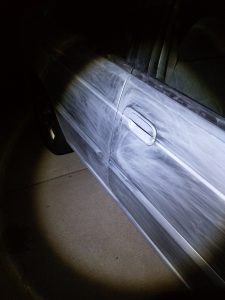 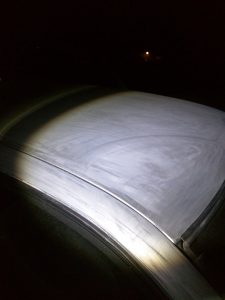 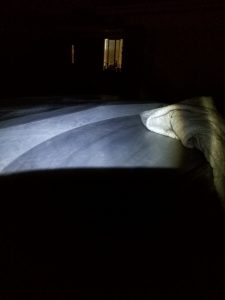 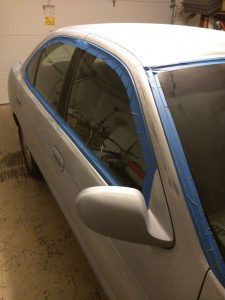 I’m sure someone striving for a perfection would easily spend several more days sanding.