With the life-changing religious experience aside, a bigger part of me had proclivity towards the immutable. First, it was the absolutes of the Biblical truths. The absolute Being and His absolute laws–especially the moral laws. It was soon after I had come to a certain, but a simple realization that the adults of my family had broken the sacred laws, and the bubbling spring of pain in my childish heart silently taught that breaking such absolutes caused a whole lot of pain for the innocent. I went to college to study the Bible, and majored in Biblical studies, learning the absolutes of this absolute Being. However, I found that the Christian Church, that is supposed to be entrusted with such immutable truth, is fraught with people who took the Biblical truth like a sugar pill that’s supposed to help them feel less painful living in the world. I’ve had enough of meeting men with empty chests. Instead of promoting a high view of the Scripture, the Scriptural authority is constantly trampled upon and its values treated as secondary to the prevailing values of humanism and secularism.

So, I return to the subject that is filled with fond memories of youth. I was once called a genius for winning various awards in math, and in state and national computer competitions.  I remember my teammates sitting and standing behind me while I typed away the code to win first.  I felt little bad for them, but I was the only one who knew what to do. The math was much more private endeavor, and I excelled at it. I think it had a lot to do with the encouragement of teachers early on and the fact it was also dealing with a type of absolutes.

Having treaded the path as a Jundosa (“youth pastor” or “assistant pastor”) for nearly over 20 years in Korean American churches, I’m now back in college studying math in after-work hours. I’m still passionate about learning the languages of the Scripture, and desire to do so if time allows it, but I see very little future for a jundosa in any church setting. Church attendance is low, churches are filled with old people who just want to keep the status quo, and it is poor. They’re acutely, but quietly aware of its own demise. You just put on your optimism and hope for the best. Of course, Christ’s Church shall prevail, but I see no intentional investment (they would if they were hopeful and had faith), or no excitement to keep others excited about the things of God.  I sometimes feel like a lone voice in the wilderness, but I’m sure the senior pastor feels it at a much more depressing level.  He faces it at a greater scale, on a weekly basis.  I only preach to little kids and few teens.  I should be more hopeful, but I know the church isn’t going to put up a serious financial support to cultivate an aging worker. They probably prefer someone much younger–like a young man in his 20s. My heart has broken more than I can count at numerous church leaders I had previously worked with.  My expectations for Korean American church has come down to the sinkhole.  And all these years, most of them have been singing loudly about the ministry to the second generation.  I entered ministry fully dedicating myself to that generation for nearly 20 years, and I’ve only discovered that it was just a facade, and churches are just as materialistic and more worldly than its counterparts in the secular establishments. They pride themselves for sending their children to Ivy League schools without a care in the world about their faith. They work long hours to buy big houses, meticulously build diversified portfolios, and other long-term assets with exceptional liabilities like luxury cars while donating their leftover trash to the church, and saying reluctant amens to Jesus’ call to store the treasure in heaven, and seek His kingdom and His righteous only. Am I jaded?  I used to be.  Am I now bitter?  I used to be. I’ve got over them.  I just make sure I do my part in the good service that God has called me to.

After graduating from an elite high school in Northern Virginia, my heart felt no inclination to math or science. At the time I desperately needed an emotional component, because I was getting none from the family. I had a gargantuan appetite for a spiritual connection, a human connection that was more than human, and for that fervor of the spirit.  That’s one of the major reasons why I had chosen to go to a Christian school for college. When I did, I did find what I was looking for. It was fulfilling at a deep, personal level. And I’m probably one of the few peers who had stayed in the church, and tried to remain faithful to the calling… in spite of the feeling that not even the closest people around me cared about such calling.  So am I abandoning a faith?  No.  Am I about to leave the church and the place of serving?  No, but as a human being, I feel like there’s no support around me, and I need to change my career. I’ve developed my career during the weekdays as a programmer.  But with a recent experience at workplace with a new boss, who swiftly demonstrated a direct, full-frontal something with a hermetic pretext of needing to build a new system, I’ve been deeply scarred but still clear-headed. It’s not the boss’ fault, but inept management that has had no skin-in-the-game in the development of its software.  In spite of quietly building a robust system myself at a personal expense, the management never tried little more than throwing new IT manager at the problem. And the problem is compounded by fact that new IT manager is always trying to prove themselves in the beginning instead of humbly trying to understand the existing system and improve upon it.  I pinch myself to be reminded that I live in a real world where everything seems to be imperfect — in a profoundly systemic way. Every meeting with this otherwise an intelligent gentleman with a Ph.D. is a diligent practice in how to overcome attrition. I’m not sure he realizes it, but he has effectively pigeonholed me by having everyone believe that we have an old system, and that I’m incapable of adopting to a new development environment. Everyone in the management team believes this now, and he has also created a very toxic environment by allowing the speed of adoption and skills over and above valuing people. It was painfully apparent in how he interacted with a quiet Indian employee, whom I had hired when he was still a student and allowed him to grow at the workplace.  Even David has oriented towards such priority, and he now believes he’s learned everything he needs here and that he needs to grow his skills elsewhere.  I’m not sure the price we are paying as a medical outreach group is worth the people-burning, people-disposing, and devaluing people for someone’s personal glory. The whole management is jaded and bought a fluffy version of “let’s create a people friendly culture” while having no reflection whatsoever on the very environment they have massively contributed.  Let’s bring the consultants in, and all of sudden we have a new culture.  Yeah, right.  Wherever you are, there you are.  Again, this environment only serves to remind me how imperfect our world is, and how blind the managers are.  They just don’t want to hear the complaints.  It’s a reflection of how inept they are. That way they can believe they’re doing a better job, because all of sudden people have shut their mouths to create this new “culture” the management so cherishes.  Creating this new “culture” is put before whether things are working properly or not.  They can afford it, because they have so much more money to burn through.

I don’t think I’m going through a mid-life crisis, but I feel like I’m under-utilized at church with no support for the future growth, ignored at workplace for not having sufficient credentials in spite of the fact that I had built the backbone of most important systems, and not respected at home. Sometimes, I feel like I want to run away from all and start over, but that would be too painful for the family, especially the younger ones. And I had promised myself and to God not to break the family like my own parents did.  So, here’s the first, tiny step towards a change. 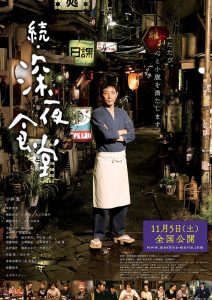 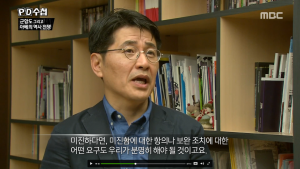